The contract called for the dismantling and replacement of the A19 motorway bridge over Lake Petersdorf (separate superstructures for each lane).

The replacement “Petersdorf Bridge” structure is located on the A 19 motorway between Berlin and Rostock southwest of Malchow.

Shortly before Christmas, the gap over the lake was closed with the assembly of two box girders, each approx. 93 m long and weighing 300 t. To do so, it was necessary to move the two components using two SPMTs from the pre-assembly area approx. 300 m, including transfer to two floating pontoons. During the floating process, the components had to be threaded by means of 2 push boats in between the foreland bridges, which had already been built up on sliding tracks, with clearance of 45 mm on each side, and lifted into their end position with a cable lifting system. After a longitudinal shift of the floating components and the southern foreland bridge, both components were able to be secured in position for welding in 2018 within the planned time window, and the assembly process was thus completed according to schedule. The entire floating process took place under the most difficult weather conditions and was followed with considerable public interest (e.g. TV coverage in NDR/ARD Mediathek, visit by the Mecklenburg-West Pomerania Minister of Transport). 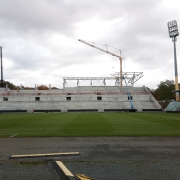 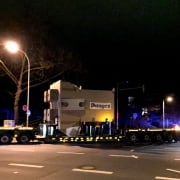 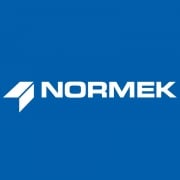 The new railway overpass in Heppenheim 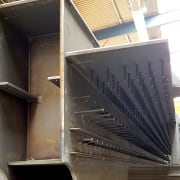 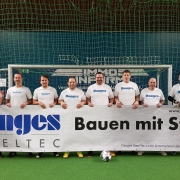 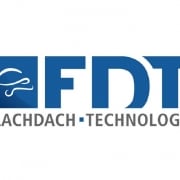 A7 Voest Viaduct in Linz, Austria