New construction of a library over the Nidda River 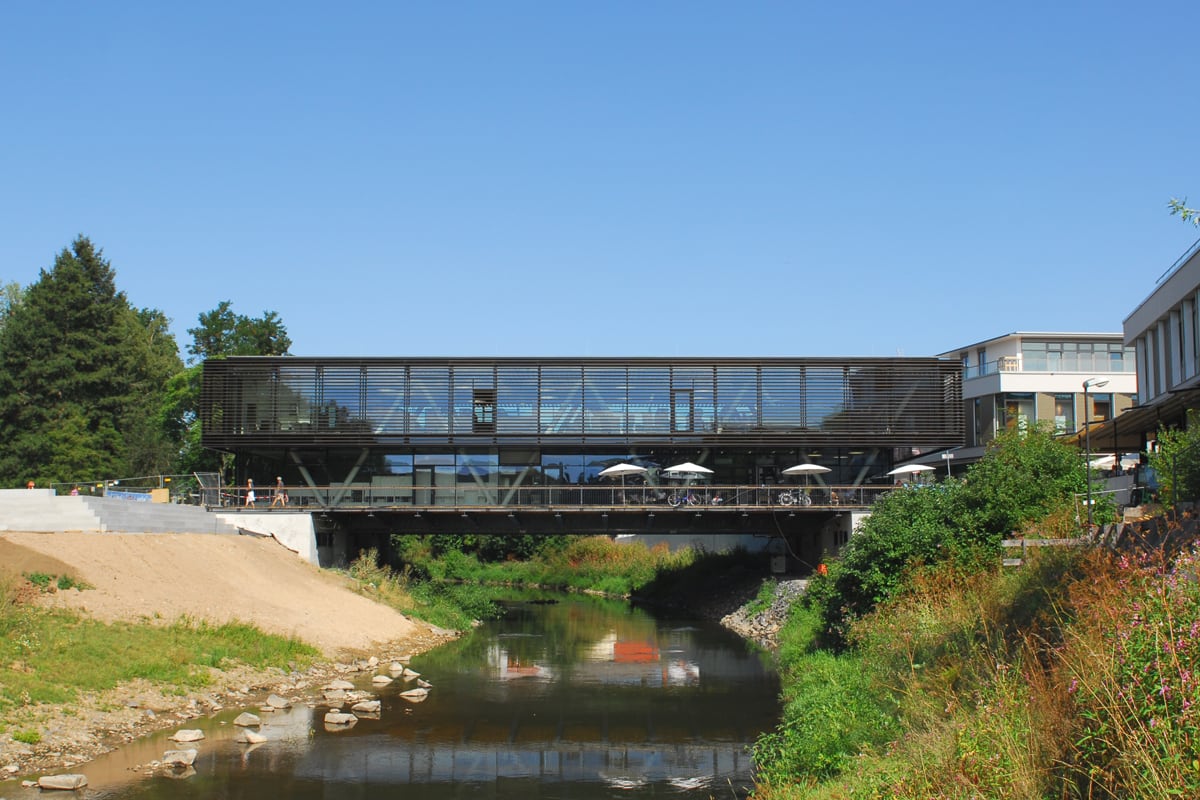 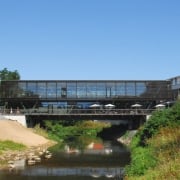 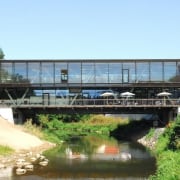 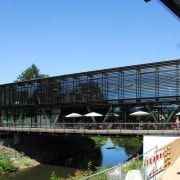 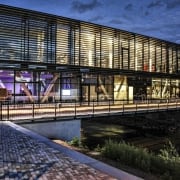 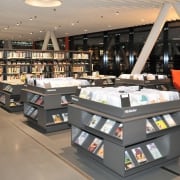 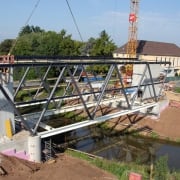 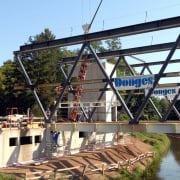 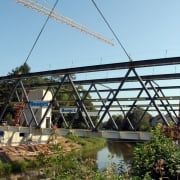 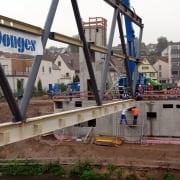 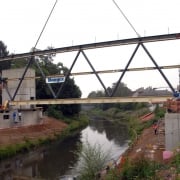 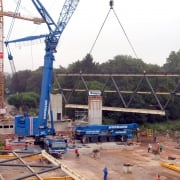 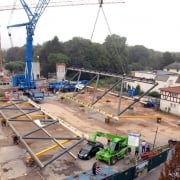 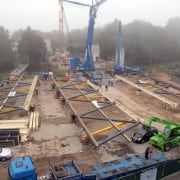 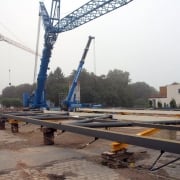 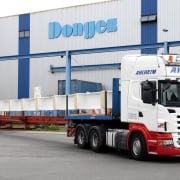 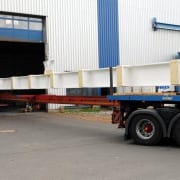 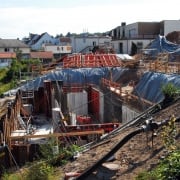 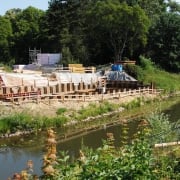 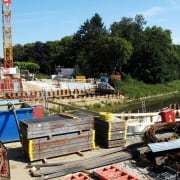 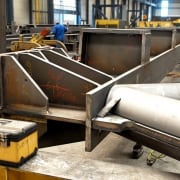 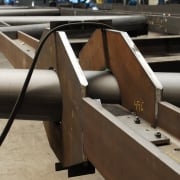 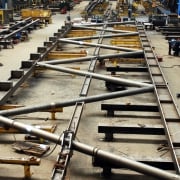 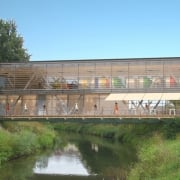 The library bridge connects the park (spa garden) with the “Neue Mitte” area of Bad Vilbel. It consists of three parallel trusses over two floors. The trusses with tube diagonals are connected at the lower flange by means of composite girders. Along the western outer facade – mounted on cantilevers – runs the footbridge to cross the Nidda River.

A bridge, first of all

Since the end of April, construction has been progressing on the foundations for the planned new city library, which will extend across the Nidda River. At a construction site open house, visitors have now been able learn more about it.

“People are always complaining about something” was an outburst from a woman in the crowd. Rather than listening to verbose complaints from the group of visitors – e.g. about the narrow passage between the construction fence and the Kurhaus, through which cyclists categorically refused to step down off their bicycles and push, or that speakers were not using a megaphone – the lady who spoke up out of the crowd finally wanted to learn more about the construction site.

At the end of April, excavators along both banks of the Nidda River, at the level of the former central parking facility, began opening up gaping wounds in the landscape. That is where the foundations for the new city library will be laid down across the river. The city marketing department had staged an invitation to a construction site tour on Saturday. Roughly 60 people showed up, as recommended, with sturdy shoes.

At the initial informational event, they were already able to catch a glimpse into the underground level of the controversial library bridge, which will be named “Mediathek”. The rooms and the elevator shaft can be seen, along with the three concrete columns roughly 1.5 meters thick on each river bank, on which the several hundred ton construction of steel, glass and concrete will rest.

But before the residents of Bad Vilbel quench their thirst for knowledge there, the library building has the mundane function as a construction site access road. Klaus Rotter from the municipal utility, the building’s owner, explained this was relieving traffic on Frankfurter Strasse during the construction period at Neue Mitte (new city center).

The trucks will approach and leave the construction site and the bridge via Schwarzenweg. Only a few times is traffic expected to be brought to a standstill in Frankfurter Strasse, namely when the 30-meter steel girders are brought in.

The steel construction of the entire “Mediathek” is being assembled on the former parking lot in order to lift it from there in modules onto the bearings, explained site manager Katharina Hauff of the Frankfurt architectural firm Schneider and Schumacher. Only the metal framework lends the structure its load-bearing capacity – presumably comparable to a railway bridge. Despite the visible foundations, it was not easy for many visitors to imagine dimensions 40 meters long, 27 meters wide and almost nine meters high in their mind’s eye. “How high are nine meters?”

Klaus Rotter: “Roughly up to the roof crest.” He pointed to an empty house behind the former “Cadillac” restaurant.

From September 26, construction trucks will be able to cross the Nidda River. Then the cleared buildings will be demolished in order to construct the area “Neue Mitte”. An enormous excavation pit for the underground parking garage is being excavated. Rotter had to allay the concerns not only of those among the visitors with impatient queries due to the access road that is still not available. “The building permit has not yet been approved. Tearing it down now would amount to an illegal construction site.” People hope that the district building authority will approve the applications by late summer.

By then, the meter-high tarp-covered earth mounds, originating from excavation on the banks of the river will have disappeared – but not at a landfill. Harald Lotter, site manager for Riedel Bau, commented: “This is good Nidda gravel with which the shorelines can be filled up again.”

If you do not want that we track your visist to our site you can disable tracking in your browser here: